Gym-bunnies have their place, but the simple act of walking in the open air is the easiest and most inexpensive way for men and women of all ages to improve their fitness and health. Nowhere in the world has such a diversity of short, medium and long-distance walking routes as the UK. This month, we feature a new walk through the Cotswolds that combines scenery, history and music. Frank Partridge introduces the walk and his new book The Gustav Holst Way.

One hundred years ago, in the spring of 1914, a little-known music teacher and part-time composer began work on a piece of orchestral music that perfectly captured the mood of the moment.

Far removed from the composers cottage in rural Essex, the great European powers were squabbling over territory, hastily mechanising their armed forces and spinning a web of tactical alliances in a way that made conflict inevitable. Few would have guessed that the touchpaper lit by a single assassin in Sarajevo that June would trigger the most destructive war in the history of mankind, but as he sat at the piano, Gustav von Holst had a clear vision of what lay ahead.

His instructions for the opening bars of Mars, The Bringer of War were for the violinists to hammer out the notes by hitting the strings with the wood - not the horsehair - of their bows. Youre not supposed to do that with violin bows. The effect is both thrilling and unsettling: the dread sense of a cataclysmic event emerging on the horizon, heading unstoppably in our direction.

War duly arrived in September, by which time the composer had conceived the bigger picture. Mars was finished, and he was working on Venus and Jupiter. The original title - Seven Pieces for Large Orchestra was ditched in favour of the one we all know: The Planets.

Making a Name in England
Despite his Germanic-sounding name, Gustav von Holst had no connection with Britains new foe. He was born and bred in Cheltenham, and his interests and outlook were deeply rooted in provincial England. His paternal grandfather was of Latvian/Russian descent, his mother was English, and his music-teaching father only added the von to his surname because German music was highly fashionable in England at the turn of the century, and he thought it would help his tutoring business. Wary of the anti-German mood in the country, Holst dropped the von by deed poll in 1918.

Young Gustav was a sickly child, with poor eyesight and a variety of health issues which would stunt his development as a musician and afflict him throughout his life. Keen to do his bit for the war effort, he presented himself for military service but was deemed unfit. The decision dismayed him, but it gave him the time and space to complete his masterpiece. The first public performance of The Planets was in September 1918, two months before the war to end all wars stuttered to a close.

The Rambling Composer
For recreation, Holst indulged his love of country walks. He and his wife had discovered the village of Thaxted on a walking tour in the winter of 1913, and they moved there for the duration of the war. Holst had been encouraged to take up walking as a young man in Gloucestershire, to help cure his frequent bouts of asthma. Lying in the shadow of the Cotswolds escarpment, Cheltenham was an ideal base to explore the rolling hills, the snug stone villages and the remote sheep farms of this quintessentially English landscape, celebrated by Holst in one of his first significant works, The Cotswold Symphony. 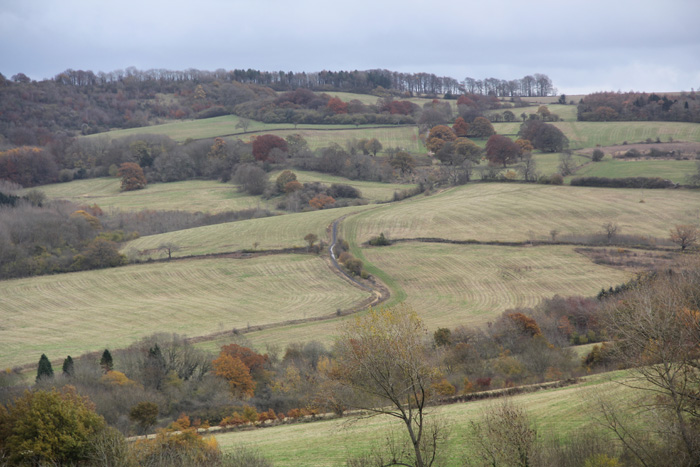 The trail winds east of Waterhatch

But walking was a necessity, too, for a young man of limited means who couldnt always afford the bus or train fare home. At the age of 17, Holsts first professional appointment - organist and choirmaster in the village of Wyck Rissington - earned him a measly 4 a year, when the average labourer of the time could expect twenty five times that amount. On many occasions, his only option was a lonely trek over the hills between Wyck and Cheltenham. To enliven the journey and help his asthma he liked to practice playing a trombone, until he was chased off a hill by an irate sheep farmer, who blamed the instrument for scaring his flock and causing the lambs to ewe too early.

Holst was not yet 19 when he left Cheltenham to pursue his musical career in London, but he never lost his affection for his native haunts, and returned there whenever he could. Holst, rambling and the Cotswolds are inextricably linked.

Laying Down the Trail
Through the efforts of his daughter and various Holst devotees in and around Cheltenham, the terraced house where he was born in 1874 eventually became a museum dedicated to his life and work. Among the 3,000 items in its superbly presented collection is the piano on which he composed The Planets. A few years ago, volunteers from the museums Trust set out to create a rambling route through the Cotswolds connecting the important landmarks of Holsts early life. Distinctive roundels were hammered into fence posts, and the walk was named The Gustav Holst Way. 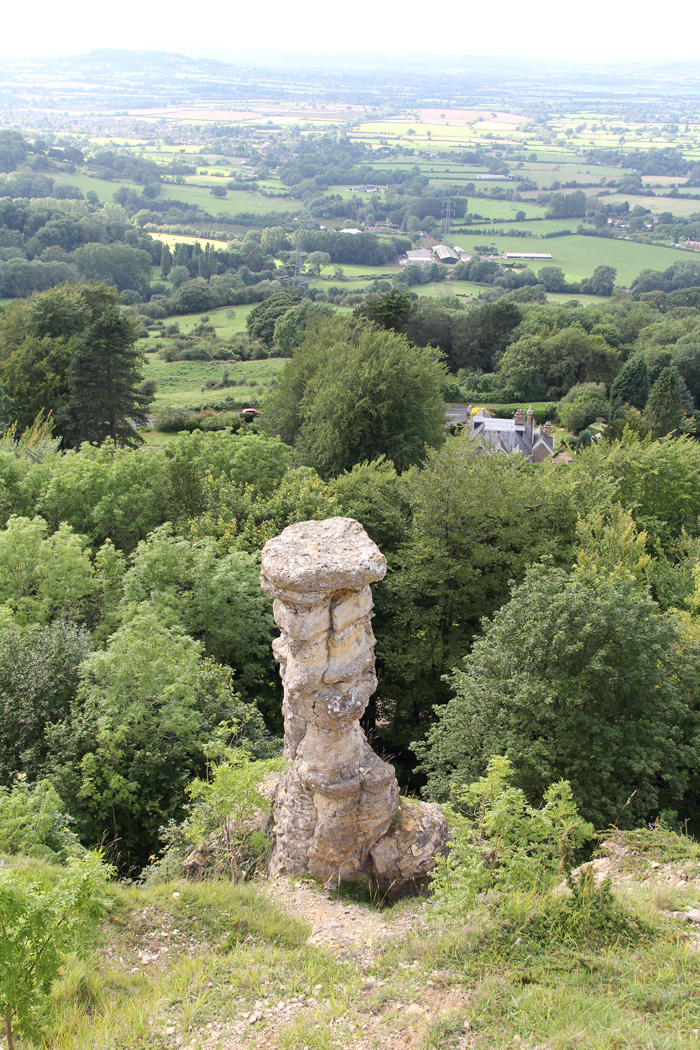 The trail runs for 35 miles from the hilltop village of Cranham (where Holst probably composed the melody for the hymn In the Bleak Midwinter) to St Laurences church at Wyck Rissington, where the organ he played for such modest reward is still in working order more than 120 years later. Between Cranham and Wyck, the route winds through some of the loveliest countryside and villages in southern England. 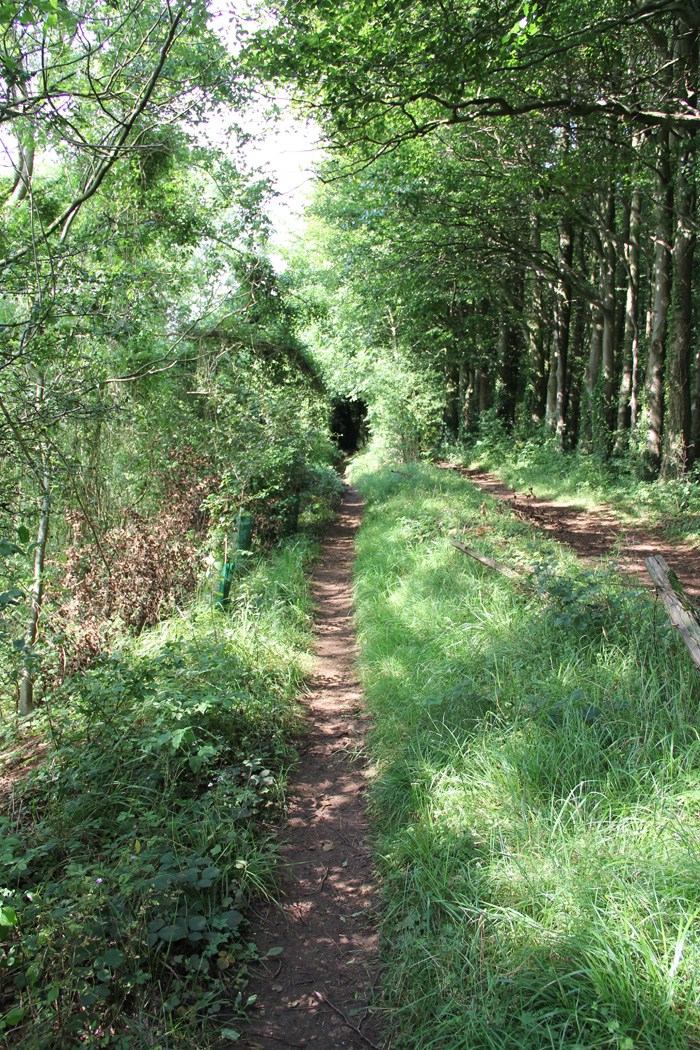 There are spectacular views to Wales and the Malvern Hills from the windswept Cotswold escarpment; a fascinating trail through Cheltenham itself, taking in the Holst Birthplace Museum; a detour to the remains of a Roman villa and a stop at a well-restored Neolithic long barrow dating from around 3000BC. Holst would have been familiar with all of them except the museum!

These and many more places of interest are described and illustrated in my guidebook, The Gustav Holst Way, published in the summer of 2014 exactly 100 years after the composer embarked on The Planets. The trail is divided into five sections, with maps and altitude guides for each. Four optional detours are described, and theres up-to-date information on refreshment stops, tourist information centres and car parking facilities. To improve your health and well-being, inform yourself about one of Englands greatest composers and enjoy an area of outstanding natural beauty, I heartily recommend this magnificent trail through the past.

The guidebook (price 7.99) is available in both paperback and e-book format from Amazon and other online dealers, or from the Holst Birthplace Museum, 4 Clarence Road, Cheltenham (www.holstmuseum.org.uk; 01242 524846). Frank's website is here.

The Holst Birthplace Museum is a registered charity no. 1078599.